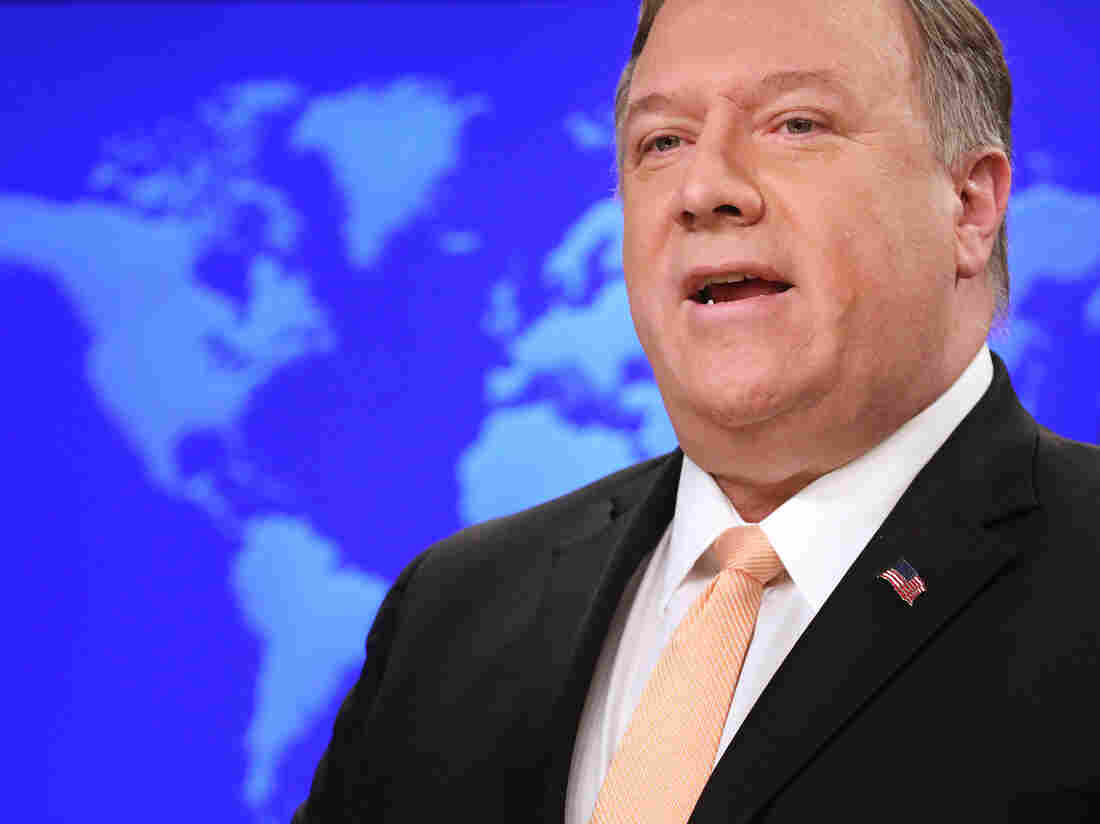 Secretary of State Mike Pompeo said on Sunday that the Trump administration is preparing to pull the trigger on a broad range of options to oust Venezuelan President Nicolás Maduro, and demanded that interfering countries end their involvement in the beleaguered nation’s affairs.

In a string of television appearances, Pompeo suggested the fall of Maduro’s government is imminent and that the support for opposition leader Juan Guaidó remains strong despite his failed attempt last week to lead a large-scale defection against the socialist leader.

“We have a full range of options that we’re preparing for,” Pompeo said on ABC’s This Week, adding that potential paths forward include “diplomatic options, political options, options with our allies and then ultimately a set of options that would involve use of U.S. military.”

“We’re preparing those for [Guaidó] so that when the situation arises, we’re not flatfooted,” Pompeo said.

When asked if President Trump believes he can intervene without congressional authorization, Pompeo responded by saying he was “very confident any action we took in Venezuela would be lawful.”

The Secretary of State denied suggestions that the president is out of step with his own advisers on the role Russia is playing in the crisis.

After a Friday phone call with Vladimir Putin, Trump said the Russian president “is not looking at all to get involved in Venezuela other than he’d like to see something positive for Venezuela.”

Trump’s remarks contradicted previous statements by Pompeo and National Security Adviser John Bolton, who on Twitter an hour earlier had accused Russia and Cuba of maneuvering to keep Maduro “clinging to power” by providing the regime with supplemental foreign military forces.

But on Fox News Sunday, Pompeo said Trump has been “very clear” about wanting the Russians to stop meddling in Venezuela. He referenced a tweet from several weeks back in which Trump said the Russians have to get out. “That remains our view,” he said. “We want the Venezuelan people not to have interference from any country, whether it’s China or Russia.”

The U.S. and more than 50 other countries recognize Guaidó as the legitimate interim leader. Earlier this week, Guaidó unsuccessfully called on the country’s military to revolt against Maduro, however, anti-Maduro protests have continued.

Pompeo comments come as he gears up for a face-to-face meeting with Russian Foreign Minister Sergey Lavrov on Monday as part of a multi-day trip to Europe.

After a meeting Sunday with Venezuelan Foreign Minister Jorge Arreaza in Moscow, Lavrov condemned the U.S. for allegedly violating international law in what he said was a campaign to to overthrow Maduro, Reuters reported.

Venezuelan opposition leader Juan Guaido, who many nations have recognized as the country’s rightful interim ruler, reacts during a meeting with volunteers to coordinate humanitarian aid in Caracas, Venezuela Feb. 16, 2019. Marco Bello, Reuters […]

Political unrest in Venezuela sparks humanitarian crisis Citizens picking food out of discarded garbage bags. A mother mourning the death of her infant, lost to malnutrition. A young boy uses paper currency to create a […]